On Wednesday, September 12th, 2018 at 7:04 a.m., a Shiloh Police Officer was on patrol traveling on Hartman Lane when he observed a vehicle commit a traffic violation. A vehicle stop was conducted in the area of Hartman Lane and Deer Springs Trail. The driver, identified as Dominique D. Cotton, was taken into custody for traffic charges and an active warrant for his arrest.

While taking Cotton into custody, a suspected controlled substance was located in his possession. This case was submitted to the St. Clair County State’s Attorney’s Office for review following the return of laboratory results.

On Wednesday, February 20th, 2019, Assistant State’s Attorney Elizabeth Nester issued warrant #19CF0027001 for Unlawful Possession of Methamphetamine- 5 grams or more but less than 15 grams, a Class 2 Felony, charging Dominique D. Cotton of the 700 block of Ganim Drive in Belleville with the above crime.

The warrant was reviewed by St. Clair County Judge Julie Katz who set Cotton’s bond at $25,000. Cotton is currently at large. 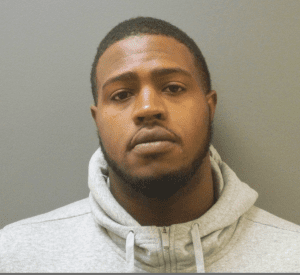