On Friday, October 12, 2018 at approximately 7:14 P.M. the Shiloh Police Department responded to Cracker Barrel located at 3160 Greenmount Crossing Drive in reference to a Retail Theft which had occurred the previous day. The suspect had taken over $500.00 of merchandise, and there was a possible vehicle description.   On Saturday, October 13 at 4:48 A.M. Shiloh Officers responded to the Motomart located at 1790 Frank Scott Parkway in reference to a male suspect sleeping in a vehicle. The vehicle and the driver both matched the suspect description, and upon speaking to the suspect, admitted to stealing the merchandise, and being in possession of a possible controlled substance. The suspect was released pending lab results, and once lab results were returned, the case was submitted to the St. Clair County State’s Attorney’s Office for warrant review.

On Monday, April 22, 2019, Assistant State’s Attorney Elizabeth Nester issued a two-count warrant, #19CF0060101 for Unlawful Possession of a Controlled Substance, a Class 4 Felony, and 19CF0060102 for Retail Theft Subsequent, a Class 4 Felony, charging Nicholas Aye of the 100 block of B street in Thompsonville, Illinois with the above crimes.

The warrant was reviewed by St. Clair County Judge Julie Katz who set Aye’s bond at $15,000. Aye is currently at large. 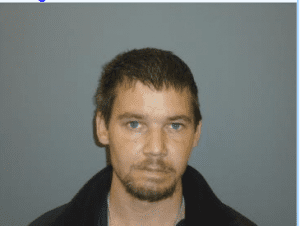