On Friday November 30th, 2018 at approximately 1:30 A.M. the Shiloh Police Department observed a suspect known to be have an active warrant at the Circle K Gas Station located at 1242 Thovenot Lane. The Shiloh Officers attempted to make a traffic stop on the suspect’s vehicle, but the suspect fled from the officer at a high rate of speed, violating numerous traffic laws. The officer lost sight of the suspect, and was unable to locate him. It was later discovered the suspect had taken items from the Gas Station without paying.

On Thursday December 13, 2018 at approximately 10:57 A.M. Shiloh Officers observed the same vehicle and suspect in the area of Country Meadow and Richland Prairie. The suspect again attempted to flee from Shiloh Police, and was later found in the 800 block of Plankway Drive inside of a residence. The suspect was taken into custody for the outstanding warrant, and this case was submitted to the St. Clair County State’s Attorney’s Office for review.

The warrant was reviewed by St. Clair County Judge Stephen McGlynn who set Stewart’s bond at $50,000. Stewart is currently at large. 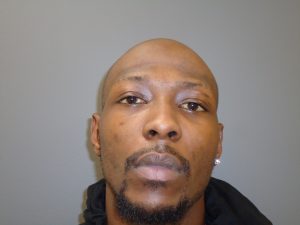