NEWS RELEASE – Unlawful Possession with the Intent to Deliver Cannabis

On Tuesday, August 19th, 2019 at approximately 10:00 p.m., a Shiloh Police Officer was on patrol in the area of Sierra Park when he observed a vehicle pull into a parking space in front of an apartment building on Sierra Drive. Approximately three hours later, the Officer returned to the area and observed the same vehicle still in the parking space with the engine running. A vehicle check was conducted and the occupants were identified. The Officer noted indicators of cannabis consumption inside the vehicle and a subsequent search uncovered items consistent with the delivery of cannabis. The suspect was taken into custody and the results of this investigation were submitted to the St. Clair County State’s Attorney’s Office for review.

On Wednesday, August 21st, 2019 Assistant State’s Attorney Elizabeth Nester issued warrant #19CF0126401 for Unlawful Possession with the Intent to Deliver Cannabis, a Class 4 Felony, charging Bill P. Hyde Jr., 18, of the 1st block of Kinney Drive in Shiloh, Illinois with the above crime. 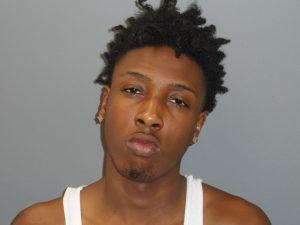