On Wednesday, October 2nd, 2019 at approximately 12:55 a.m., Shiloh Officers were dispatched to the area of Piper Hills Drive in Shiloh, in reference to two vehicles driving around the neighborhood without their headlights illuminated. The caller advised the suspects entered one of her vehicles and then departed in the vehicles they arrived in. The suspect vehicles fled once arriving Officers attempted to initiate a traffic stop. Numerous other reports of vehicle burglaries were reported to the Shiloh Police Department in the following days. An investigation was conducted and with the help of the St. Louis Metropolitan Police Department, a suspect was identified. This case was submitted to the St. Clair County State’s Attorney’s Office for review.

The warrant was reviewed by St. Clair County Judge John O’Gara who set Peete’s bond at $150,000 with 10% applying. Peete is currently in custody at the St. Louis County Jail. 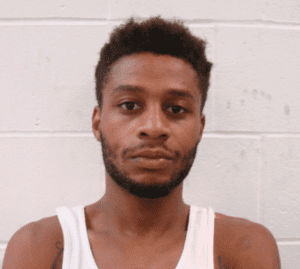