NEWS RELEASE – Unlawful Possession with the Intent to Deliver Cannabis

On Sunday, September 22, 2019 at 10:52 P.M. a Shiloh police officer observed a vehicle in the 3000 block of East B Street driving without headlights. The officer attempted to make a traffic stop on the vehicle, but it fled east bound on East B Street at a high rate of speed. Shiloh officers did not pursue the vehicle, and an Illinois State Police Emergency Radio broadcast was dispatched with the vehicle information. A short time later a different Shiloh police officer located the vehicle in the 300 block of North Main and took the driver into custody. During the arrest, a felony amount of cannabis was located on the driver. This case was submitted to the St. Clair County State’s Attorney’s Office for review.

On Tuesday, September 24, 2019 Assistant State’s Attorney Elizabeth Nester issued a 3 count warrant, warrant #19CF0146201 for Unlawful Possession with the Intent to Deliver Cannabis, a Class 4 Felony, and #19TR0027710 for Fleeing and Attempting to Elude a Police Officer, a Class A Misdemeanor, and 19CM0003373 for Unlawful Possession of Cannabis, a Class B Misdemeanor, charging Sylvester Nelson III, 22, of the 9000 block of Old Lincoln Trail in Fairview Heights with the above crimes. 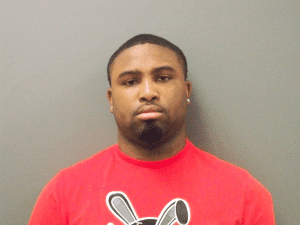