On Monday, May 11, 2020 Shiloh Officers were met at the Shiloh Police Department in reference to a Domestic Battery that had previously occurred in the 2600 block of Sierra Court in Shiloh. The victim had significant bruising and injuries around her throat from an altercation with her boyfriend. The suspect fled the scene with their child in common. All attempts to locate the suspect that evening and the next morning were unsuccessful. The case was submitted to the St. Clair County State’s Attorney’s Office for review.

On Tuesday, May 12, 2020 Shiloh Officers were dispatched to the 100 block of Christine Drive for a Domestic Battery in progress. The victim from the previous report was attempting to retrieve the child. The suspect was reported to be striking the victim in the face while she was on the ground. Upon Shiloh Officer’s arrival on scene, the suspect was taken into custody. The case was submitted to the St. Clair County State’s Attorney’s Office for review.

On Wednesday, May 13, 2020 St. Clair County Assistant State’s Attorney Agnes Bugaj issued warrant #20CF0064201 for Aggravated Domestic Battery, a Class 2 Felony, for the May 11th case. St. Clair County Assistant State’s Attorney Martin Plute issued a two-count warrant 20CF0064301 for Aggravated Battery to a pregnant person, a Class 3 Felony, and 20CM0001301 for Domestic Battery, a Class A Misdemeanor, for the May 12th case. All of these warrants charging David L. Taylor III, 20, of the 100 block of Christine Drive in Shiloh with the above crimes. 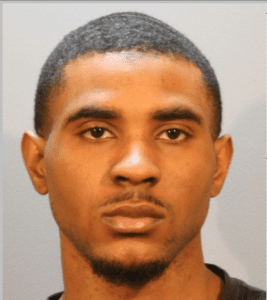