On Thursday, May 28th, 2020 at approximately 10:25 a.m., Shiloh Officers were dispatched to the 1st block of York Port Drive for an active structure fire of an apartment building. Upon arrival, smoke and flames could be seen coming from inside an apartment. A tenant of the apartment in question was detained after she caused damage to a nearby unoccupied business in front of Officers on-scene. The female tenant made statements indicating that she caused the fire. The Office of the State of Illinois Fire Marshall responded to assist with the investigation. The results of this investigation were submitted to the St. Clair County State’s Attorney’s Office for review. 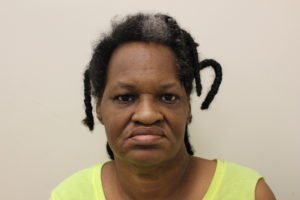