On Saturday, August 29 at 1:20 A.M., Shiloh Officers were dispatched to the 3500 block of Barton Drive in Shiloh in reference to a Domestic Battery which had just occurred. Upon arrival, the officers met with both parties, and after conducting their investigation, a subject was taken into custody. The results of this investigation were submitted to the St. Clair County State’s Attorney’s Office for review.

The warrant was reviewed by St. Clair County Judge Elaine LeChien who set Carson’s bond at $50,000 with 10% applying. Carson has posted his bond and been released pending his court appearance. 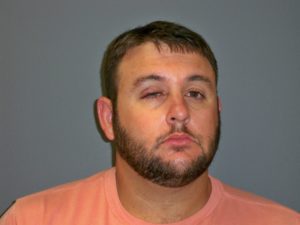