On Friday, September 25th, 2020 at approximately 1:55 a.m., a Shiloh Police Officer overheard radio traffic that the O’Fallon Police Department was currently on-scene of a burglary at the Walgreen’s located at 704 Cambridge Boulevard, O’Fallon, Illinois. The Shiloh Officer responded to the Shiloh Walgreens, located at 1108 Hartman Lane, to make sure the building was secure. The Shiloh Officer discovered the Shiloh Walgreens had also been burglarized. Evidence was recovered on-scene of the Shiloh Walgreens, and submitted to the Illinois State Police Metro East Crime Lab. An investigation was conducted and a suspect was identified. This case was submitted to the St. Clair County State’s Attorney’s Office for review.

The warrants were reviewed by St. Clair County Judge Zina Cruse who set Headrick’s bond at $75,000 with 10% applying. Headrick is currently in custody at the Eastern Reception and Diagnostic Correctional Center in Bonne Terre, Missouri on unrelated charges. 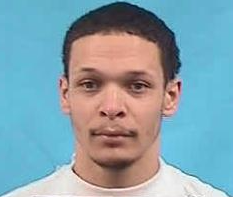