On Sunday, September 27th, 2020, the Shiloh Police were dispatched for an open 911 call requesting assistance. Upon arrival, Officers determined a domestic battery occurred. The victim stated she was shoved by her boyfriend. The victim further stated her boyfriend attempted to prevent her from calling 911. The male subject was taken into custody and the case was submitted to the St. Clair County State’s Attorney’s Office for review.

On Monday, September 28, 2020, Assistant State’s Attorney Melvin Kimberlin issued warrant #20CF0132701 for Domestic Battery Subsequent, a Class 4 Felony, and warrant #20CM0002776 for Interfering with a report of Domestic Violence, a Class A Misdemeanor, each charging Javon D. Temple, 25, of the 400 block of Jackson Street in Centerville, Illinois with the above crimes. 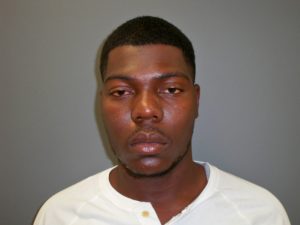