On Sunday, October 3, 2021 at approximately 1:06 AM The Shiloh Police Department responded to the 1st block of Yorkshire Lane for reports of a female that had been shot.  A description was relayed to responding Officers by dispatch.  Shiloh Officers were able to take the suspect into custody without incident in the area of Anderson Lane at Antiquity Lane.

Through investigation, it was learned the suspect forced entry into a residence while armed with a firearm.  One adult and two juveniles were forced by the suspect to respond to a different location within the neighborhood using the threat of force and restraints.  All parties eventually returned to the residence on Yorkshire Lane to await the return of a different family member.  Upon the arrival of that family member, a physical altercation occurred that resulted in a female suffering a gunshot wound to the mouth.  The female was transported to a local hospital where she received medical treatment for non-life-threatening injuries.

It should be noted that this incident was not a random act of violence as the suspect is a family member of a majority of the involved parties.  The results of this investigation were presented to the St. Clair County State’s Attorney’s Office for review.

The warrants were reviewed by St. Clair County Judge Stacy Campbell and she set Williams’ bond at $880,000, ten percent to apply.  Williams is currently in custody at the St. Clair County Jail for want of bond.

It should be noted that this investigation is still ongoing and additional charges could be filed with further investigation. 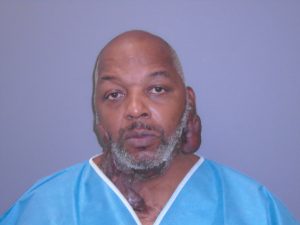