NEWS RELEASE – Failure to Register as a Sex Offender

On Saturday, November 6, 2022 at approximately 9:52 PM, Officers from the Shiloh Police Department received a report that a male suspect had exposed his genitalia to an employee of Gold Mine Gaming located at 2417 Lebanon Avenue.  The suspect was gone on arrival, but an investigation was initiated.

On Sunday, November 27, 2022 at approximately 3:22 PM, Shiloh Officers were dispatched to The Hangar located at 2415 Lebanon Avenue for a report of a subject exposing his genitalia to an employee of the bar while causing a disturbance.  The suspect was gone before Officers arrived.

With assistance from the public, the suspect was located on Sunday, November 27th in the 1700 block of Frank Scott Parkway in Shiloh and taken into custody without incident.  Through investigation, it was determined that the suspect was a registered sex offender out of compliance from Springfield, Illinois.  The results of these investigations were submitted to the St. Clair County State’s Attorney’s Office for review.

On Tuesday, November 29, 2022, St. Clair County Assistant State’s Attorney Beth Nester issued Warrant #22CF0183801 for Failure to Register as a Sex Offender, a Class 3 Felony, and Warrants #22CF0183802 and #22CF183803, both for Public Indecency, Class A Misdemeanors, charging Thonchel B. Brazier-Scott, 30, of the 1700 block of East Carpenter Street in Springfield, Illinois with the above crimes. 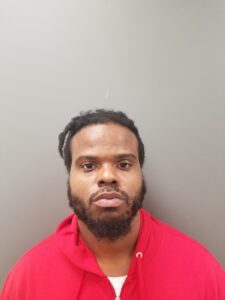