On Sunday, September 8th, 2019 at 7:21 P.M. Shiloh officers responded to the 600 block of Plankway Court in reference to a Domestic Battery in progress. Upon arrival, Shiloh officers spoke with both the victim and suspect in the case. When attempting to arrest the suspect for suspicion of Domestic Battery, the suspect began to resist the officers by kicking and hitting them. Due to the actions of the suspect, she was transported directly to the St. Clair County Jail. This case was submitted to the St. Clair County State’s Attorney’s Office for review.

On Tuesday, September 10th, 2019, Assistant State’s Attorney David Sternau issued warrant #19CF0137901for Aggravated Battery to a Police Officer, a Class 2 Felony, and #19CM0000093 for Resisting a Peace Officer, a Class A Misdemeanor, charging Jerria C. Ferguson, 37, of the 600 block of Plankway Court in Shiloh with the above crimes. 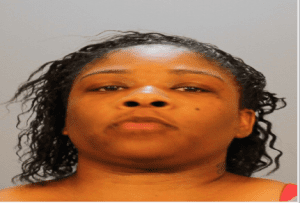